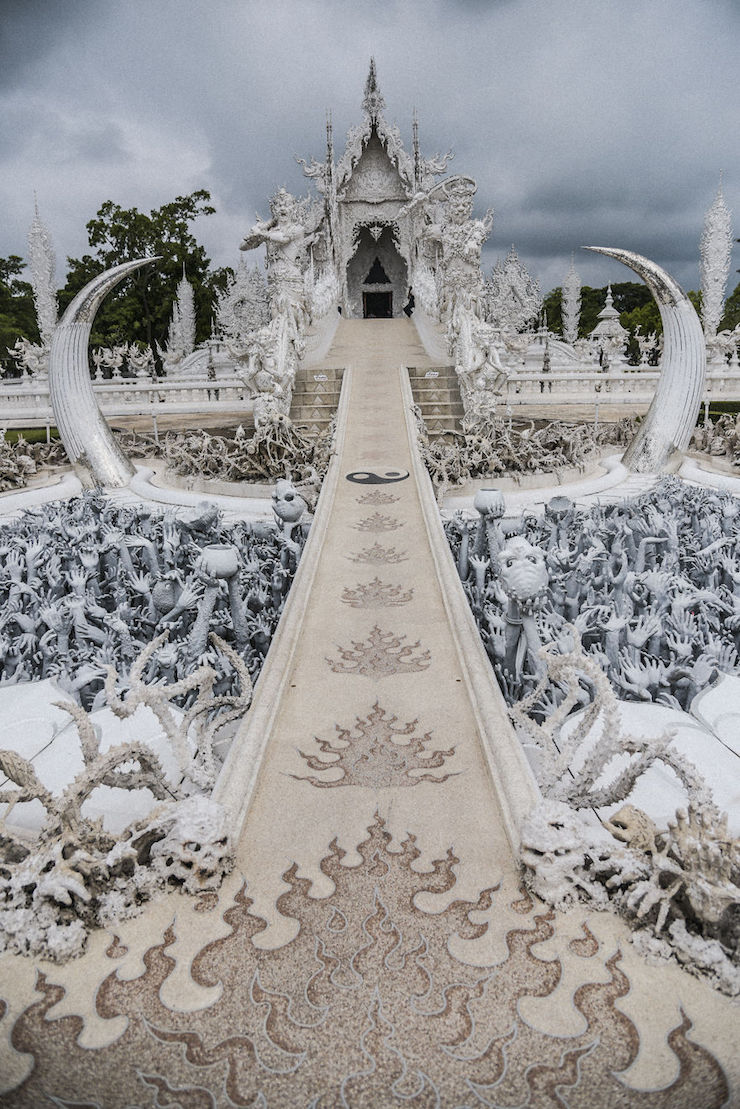 Bulgarian photographer Alex Kovacheva went to Thailand to capture the incredible beauty of Wat Rhong Khun temple, a fascinating architectural work that presents itself as the perfect mix between our vision of Paradise and Hell.

Thailand is an amazing country that has the most incredible temples all like each other . Today, we invite you to discover a temple like no other photographed by the Bulgarian artist Alex Kovacheva .

The “Wat Rong Khun” , better known as the “white temple in Thailand” , is undoubtedly one of the most fascinating of this country with an ancient history and a strong identity. Its creator, Chalermchai Kostpipat , wanted to create the most beautiful temple in the world. And even if beauty is only a subjective notion, it is nonetheless one of the most intriguing for the simple reason that this temple seems to be the perfect compromise between the vision of Paradise and that of the world. Hell .

According to photographer Alex Kovacheva , the first time you enter this temple, you are first confronted with a group of desperate hands. A sort of “horrible pit” that recalls Hell and echoes human desires and desires according to Buddhism. But once you have crossed this bridge over Hell, you are greeted by statues that echo the guardians of heaven … and Paradise . And there is a symbolic behind this journey because the crossing of the “bridge of Hell” to “Paradise” echoes the Buddhist path that leads to enlightenment .

Inside the temple, you can find many modern cultural references associated with traditional Buddhist images . A real culture shock that finally marries pretty well. It must be said that the life of the creator of the temple, Chalermchai Kositpipa , strongly influenced the architecture of this temple . Born in Chiang Rai , he graduated from a traditional Thai art school. His art is considered controversial because it mixes the symbols of modern culture and the traditional art of the country. He has lived all his life in Sri Lanka and London selling his art and making exhibitions in Europeand in Asia .

When he finally acquired enough resources to work on his own project, he returned to Thailand and decided to destroy the Wat Rong Khun temple to rebuild it with his own vision. A colossal project that required more than a million dollar s, and unfortunately, the temple was damaged in 2014   following an earthquake in Chiang Mai .

After this historical parenthesis which allows nonetheless to better appreciate the work, we invite you to discover below the photos of this unique temple in the world , a real architectural bridge between Hell and Paradise . And of course, you can also go to the Instagram account of photographer Alex Kovacheva to discover all of his projects. 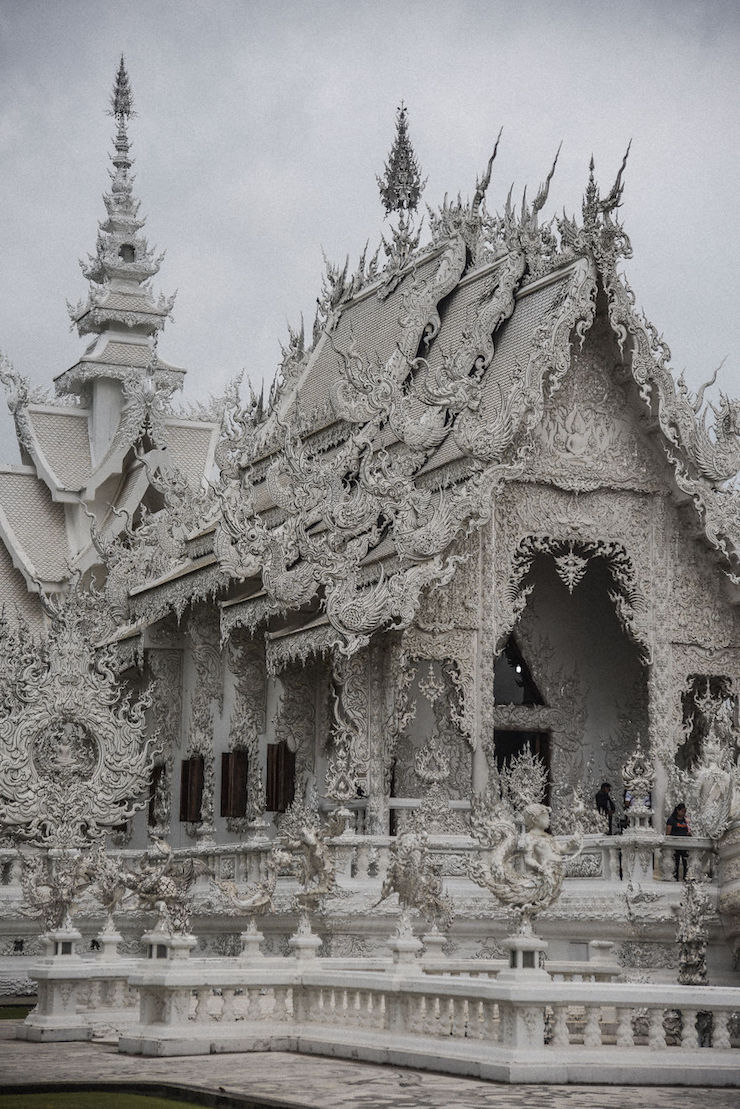 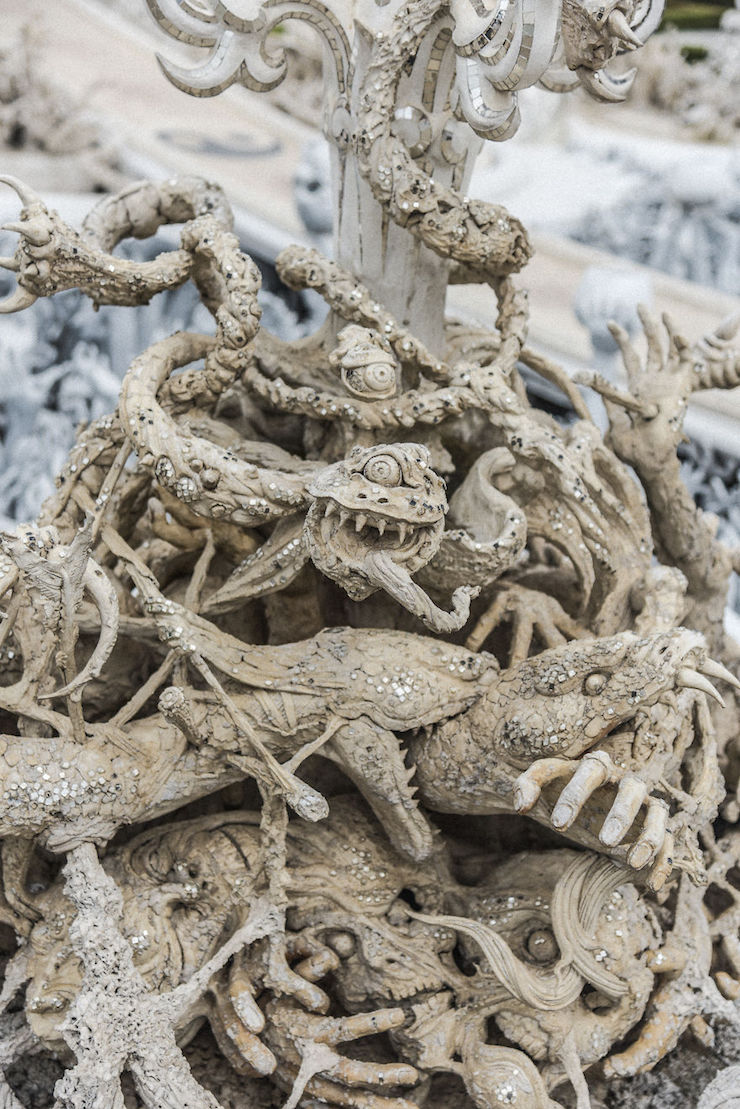 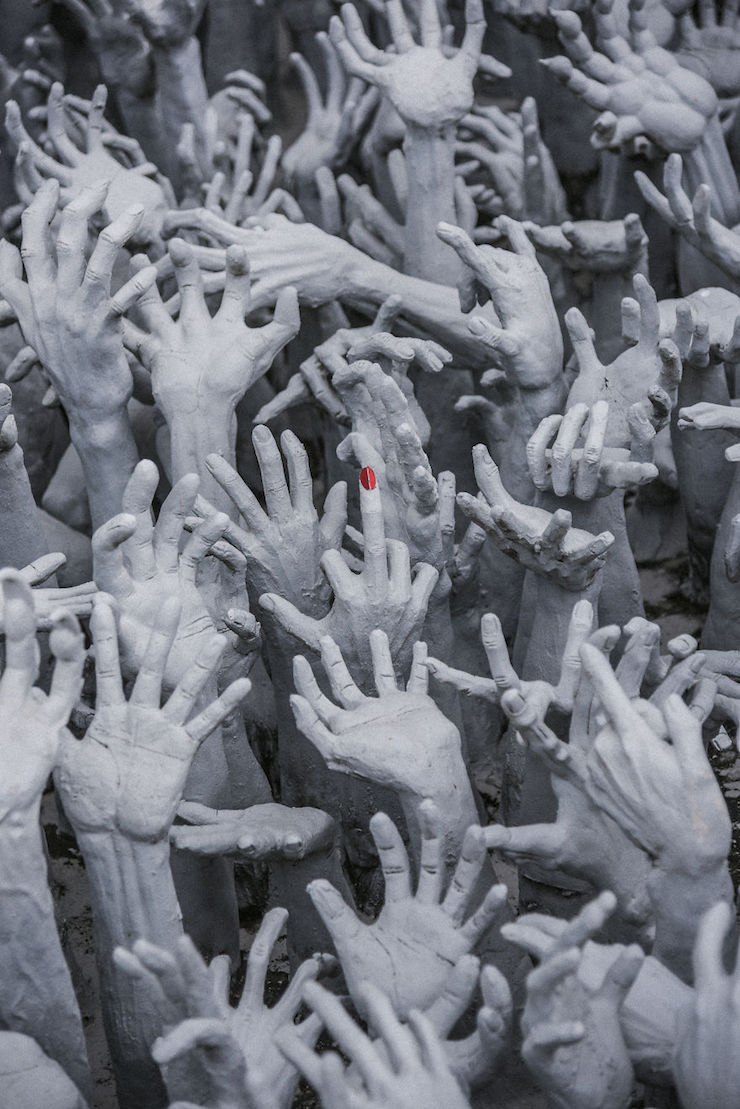 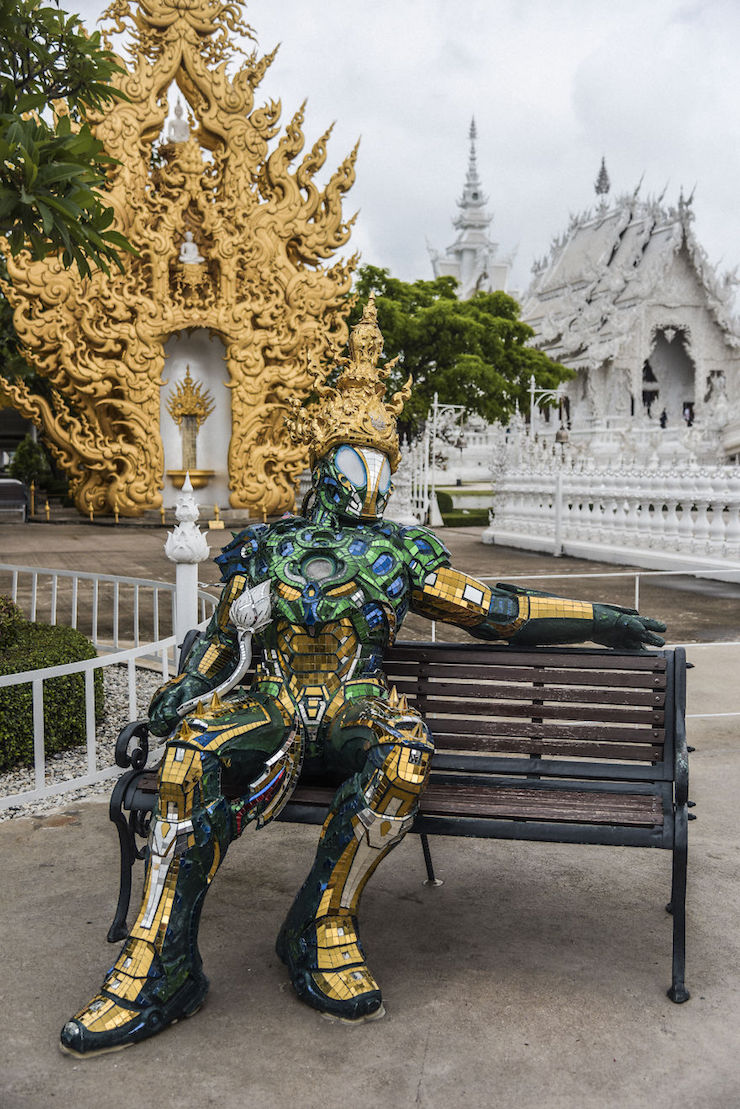 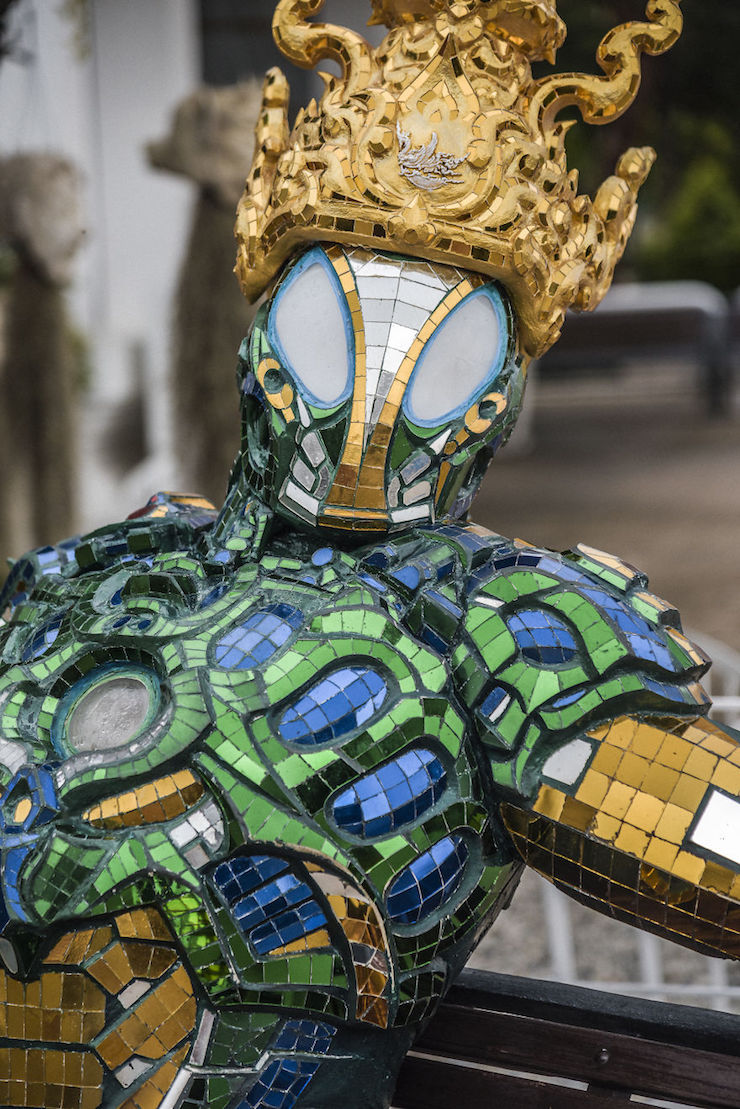 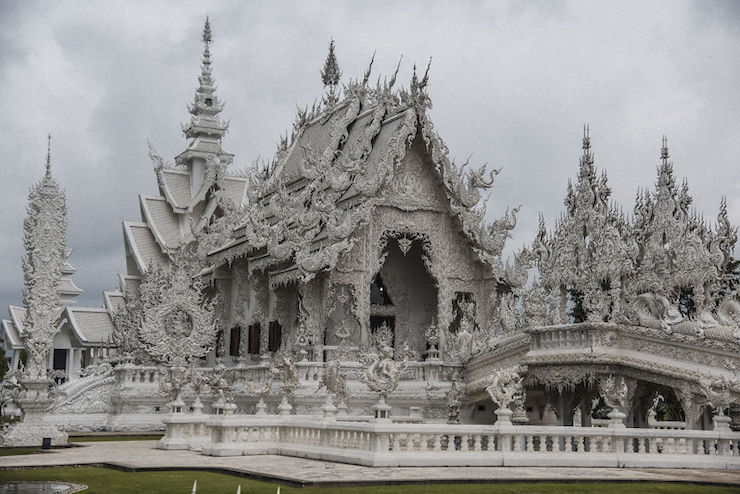 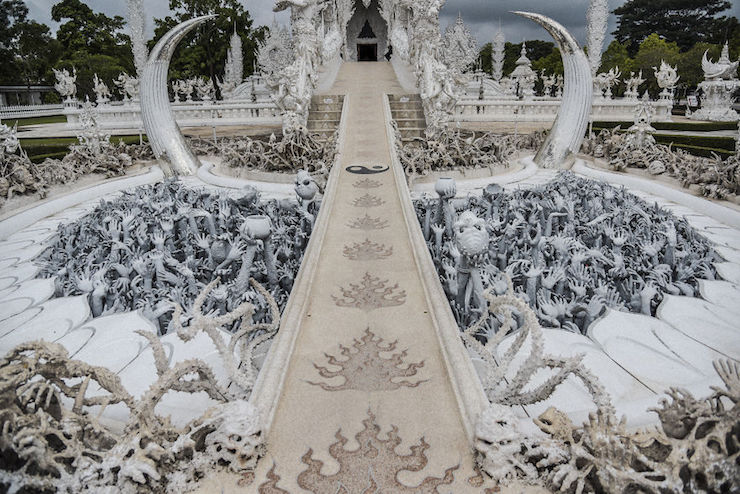 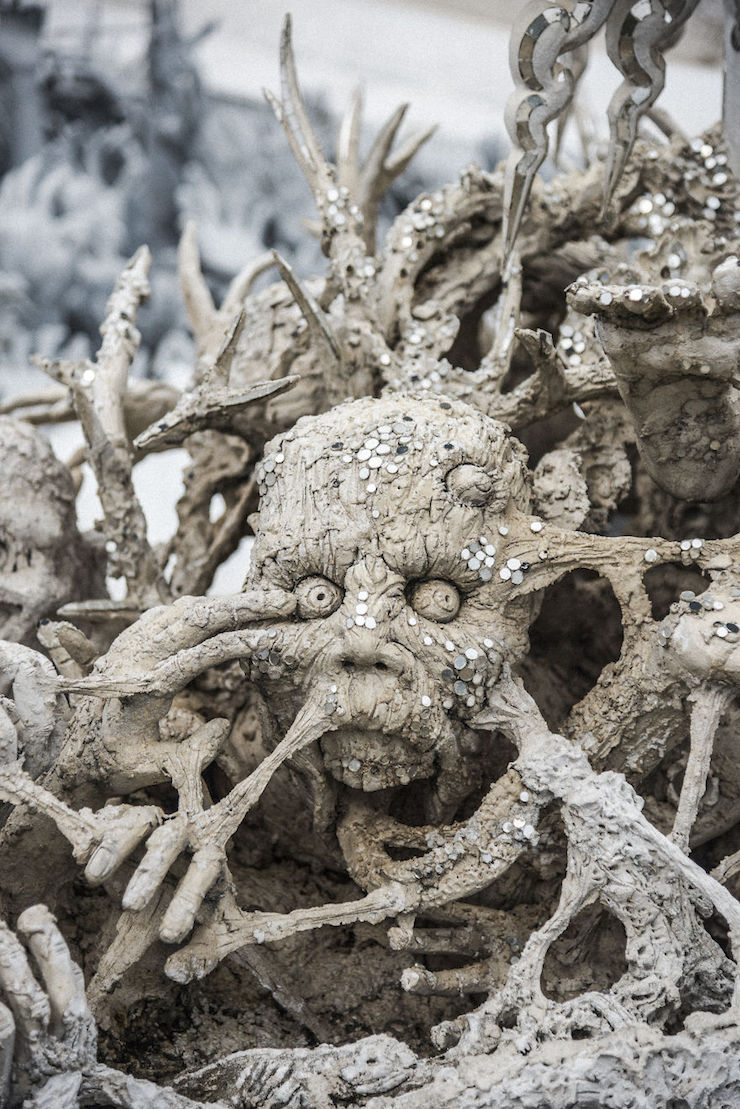 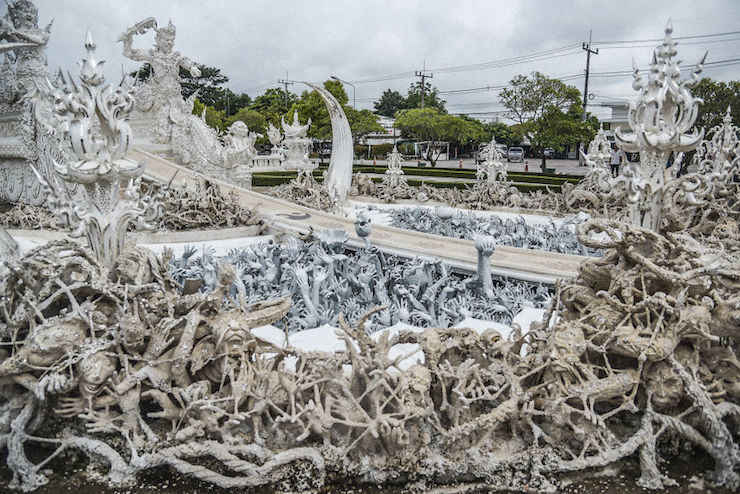 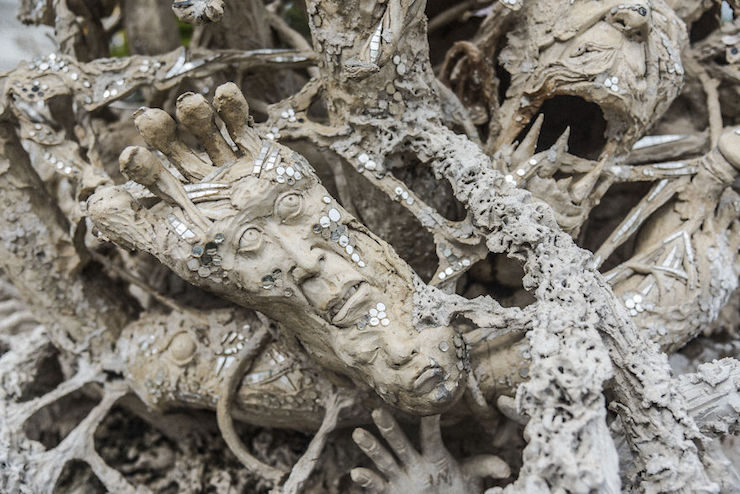 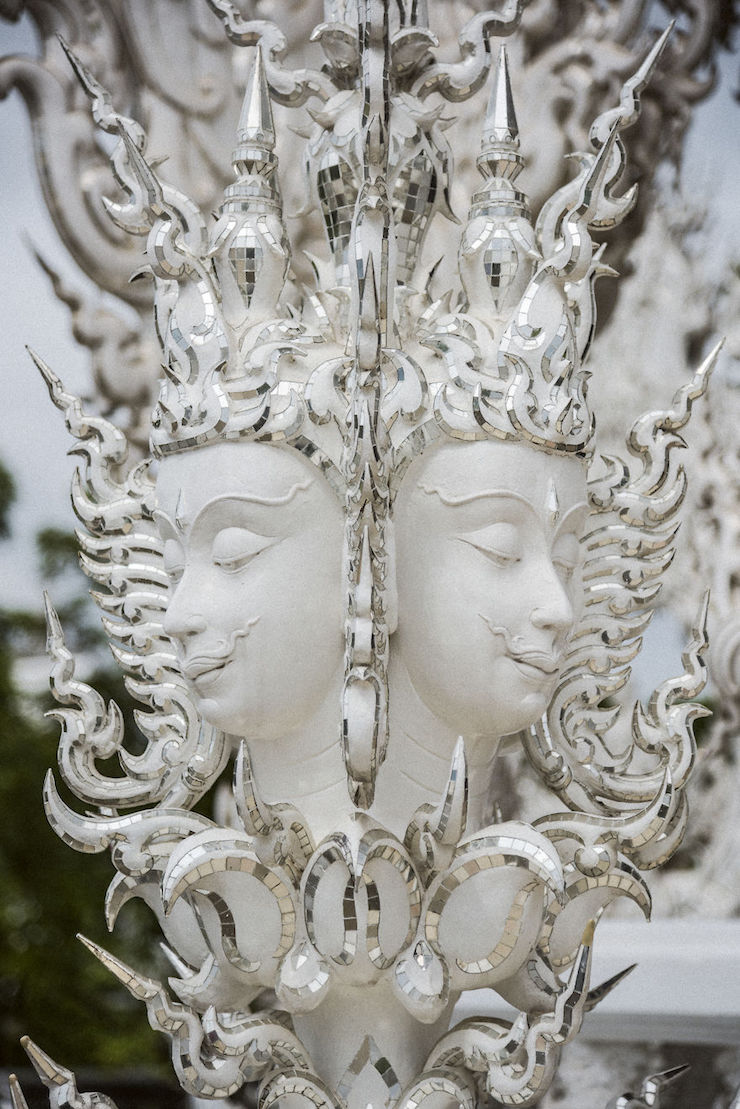 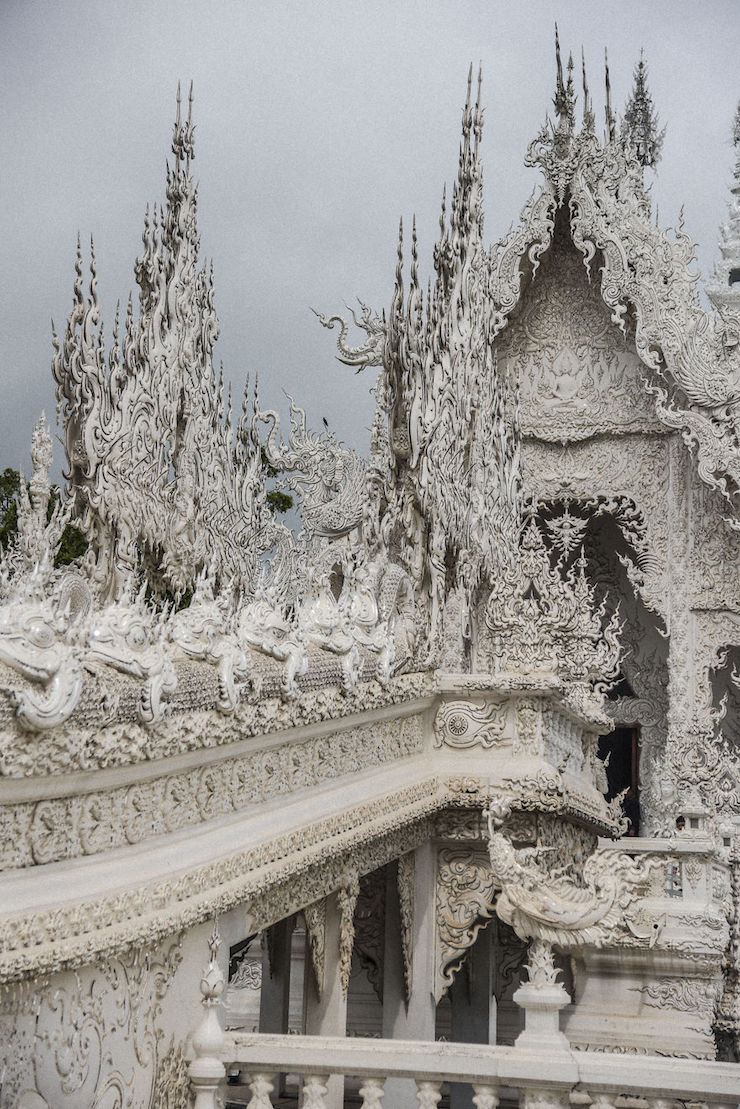 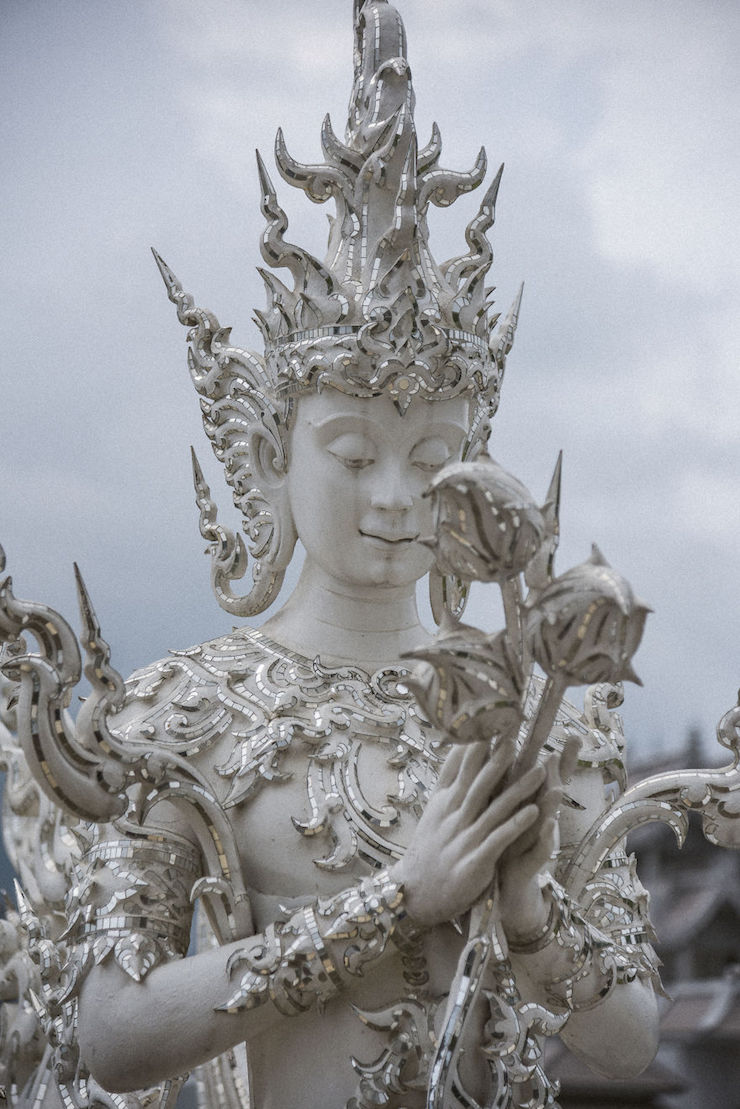 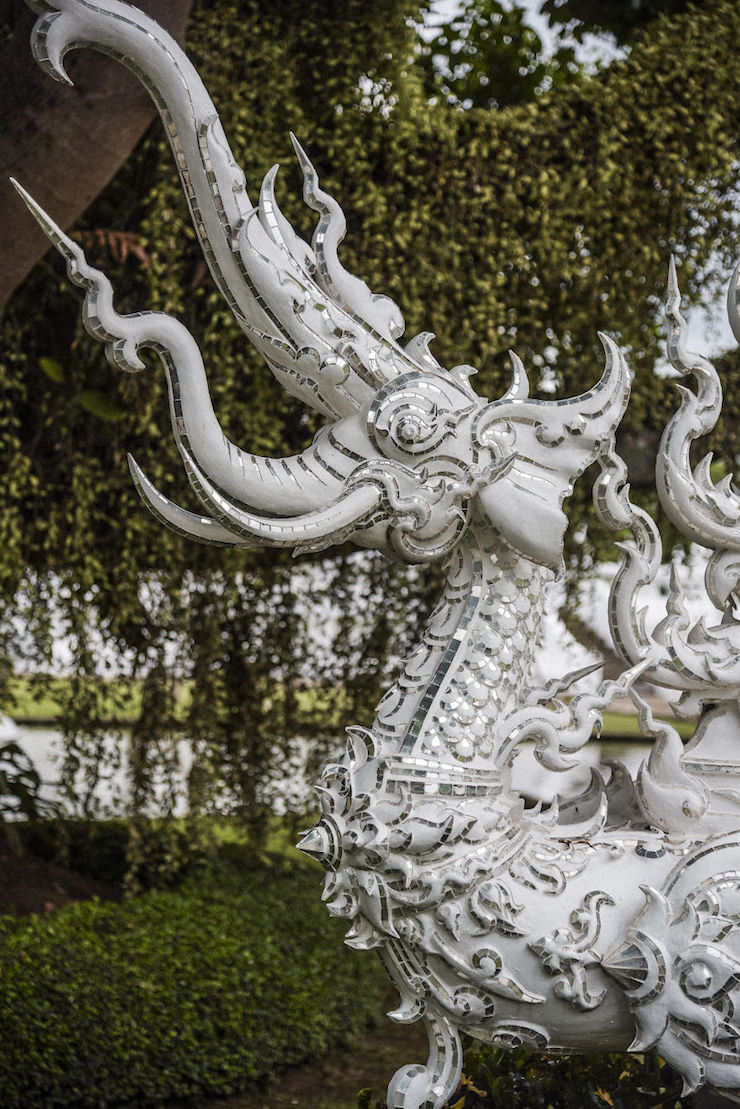 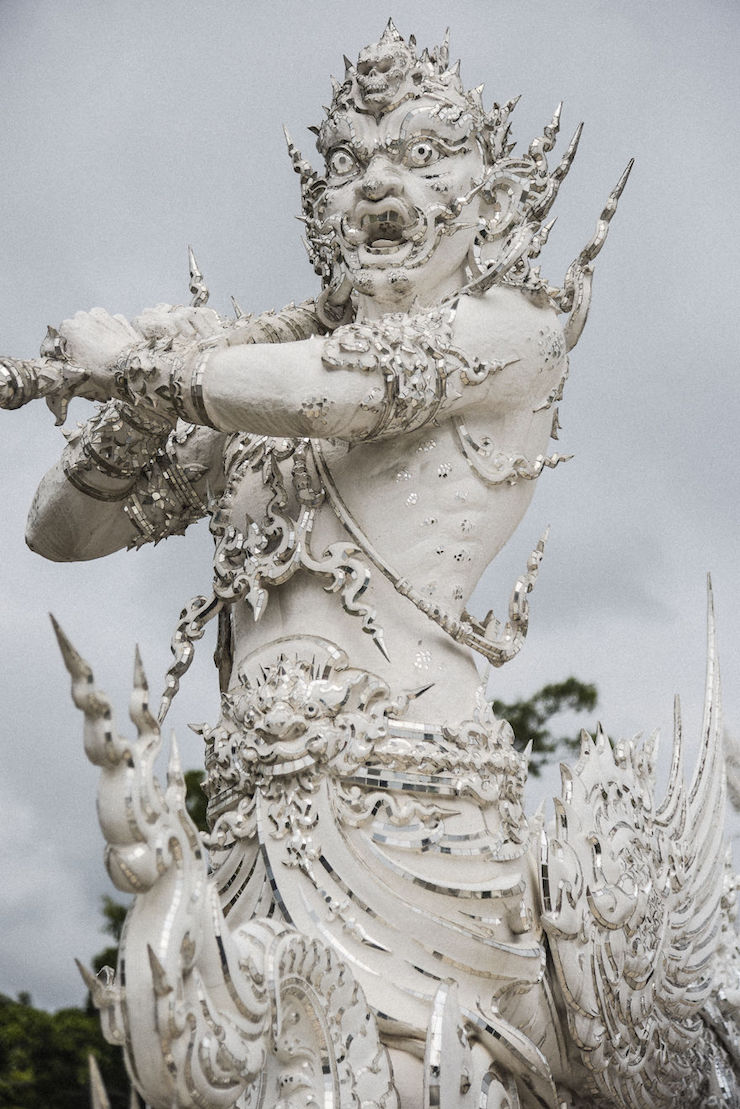 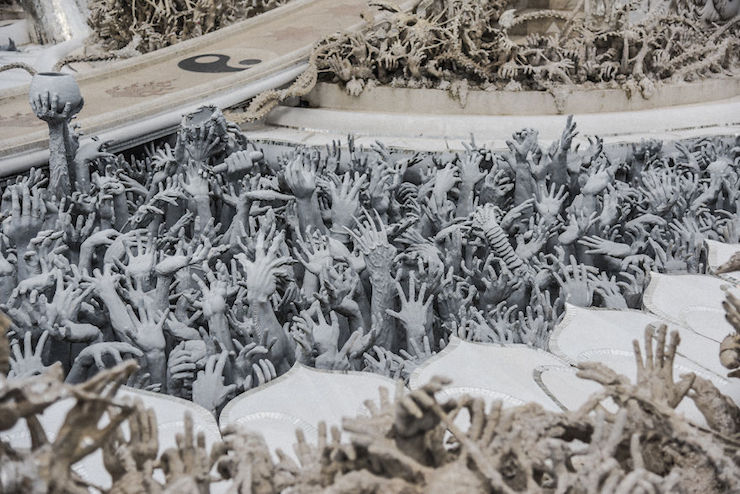 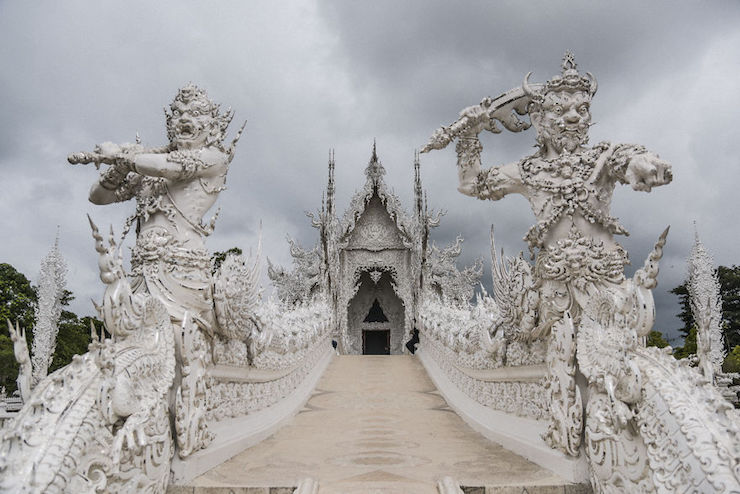 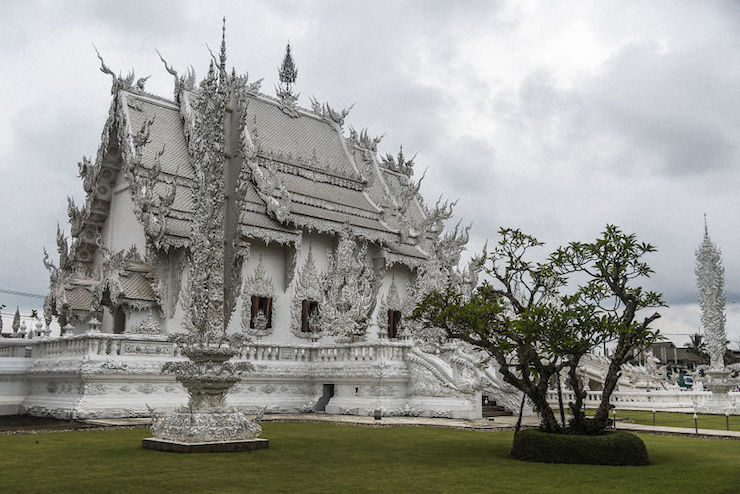 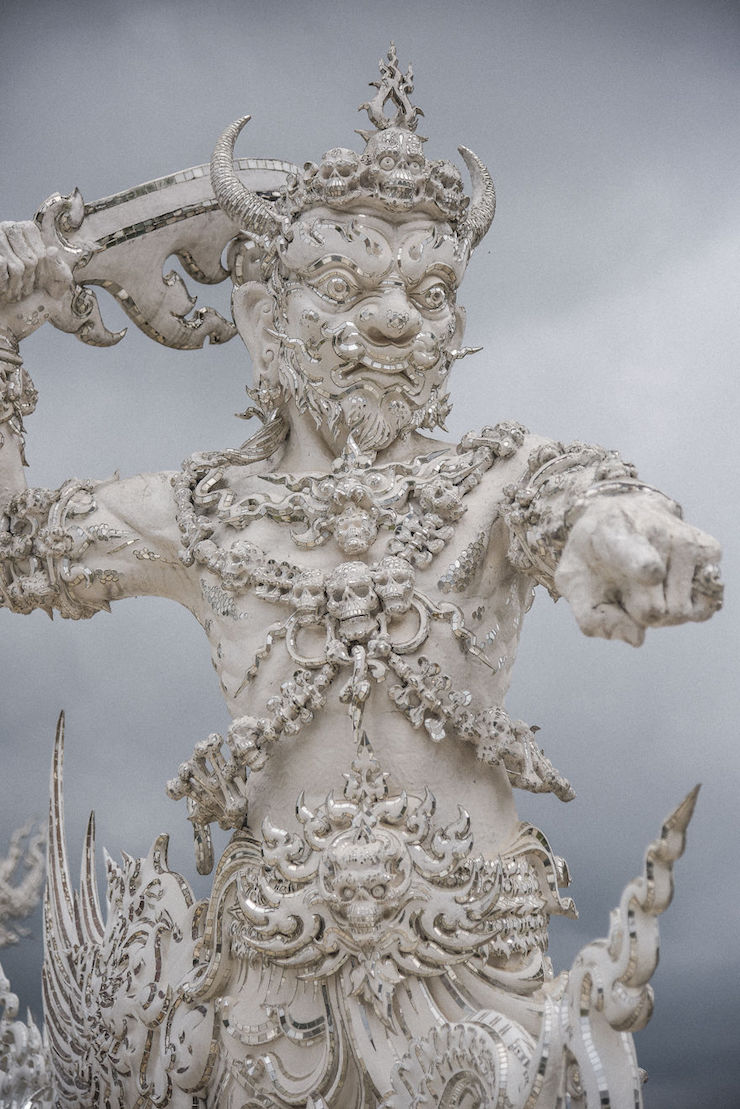 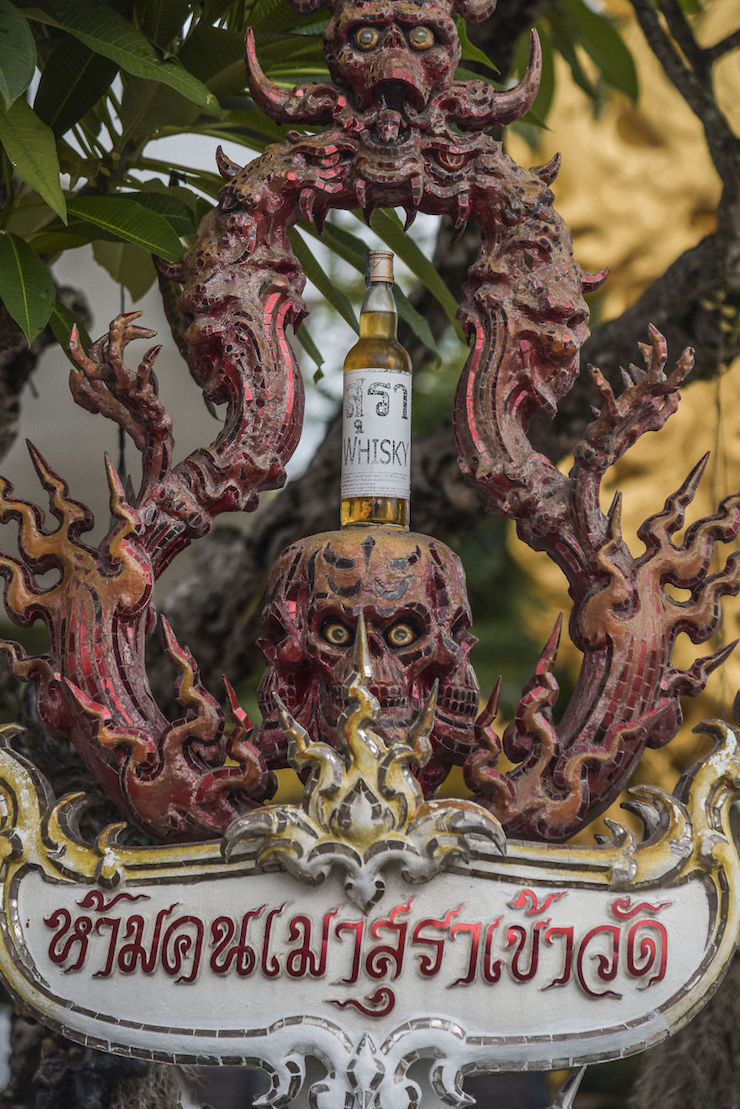 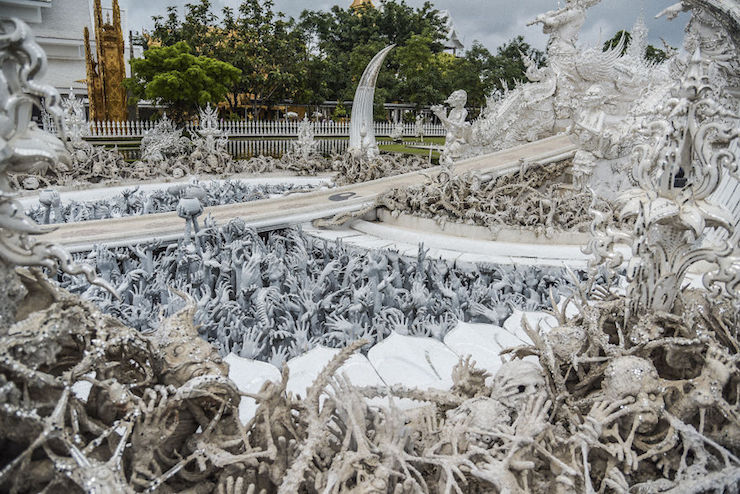 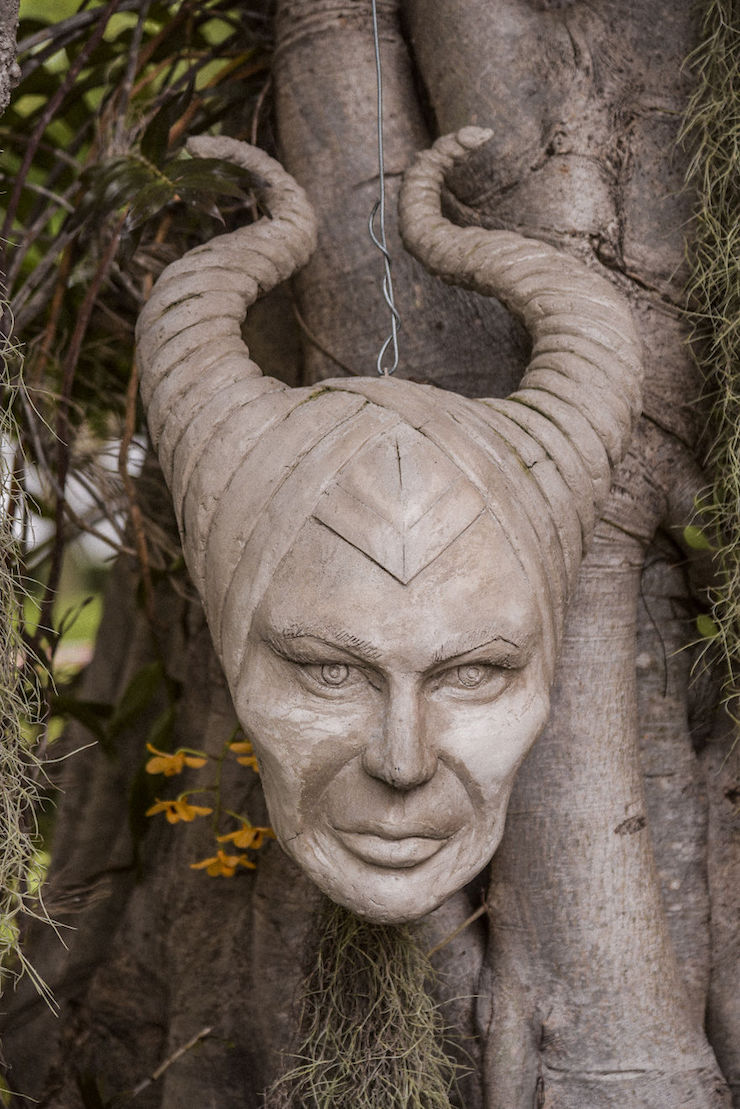 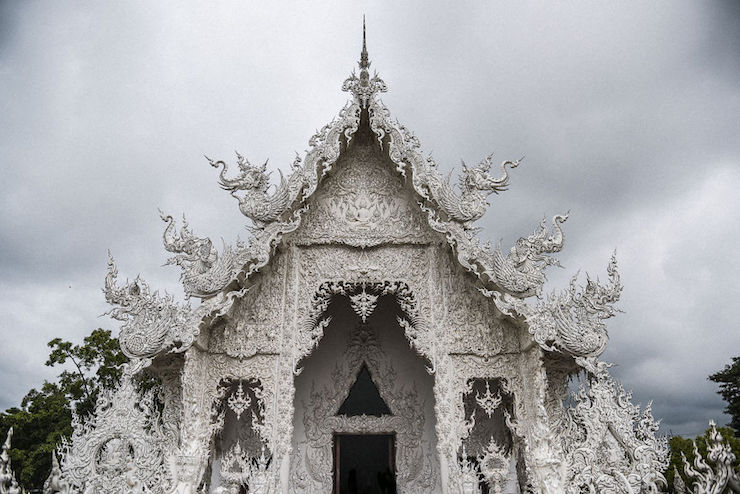 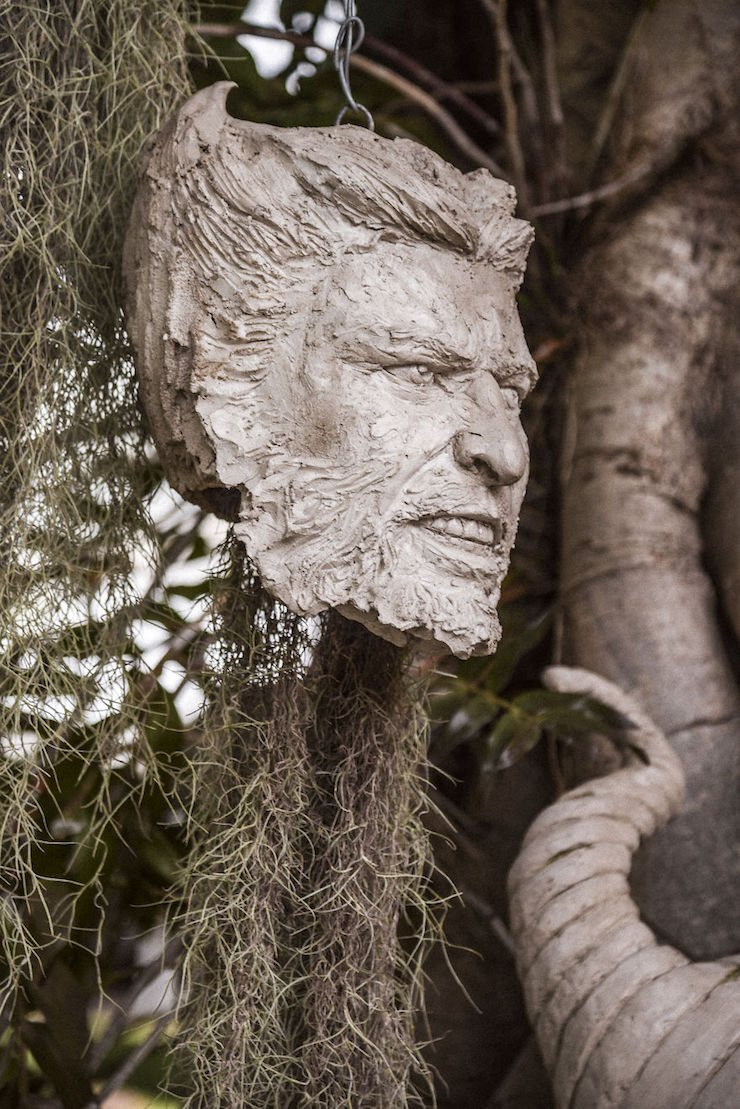 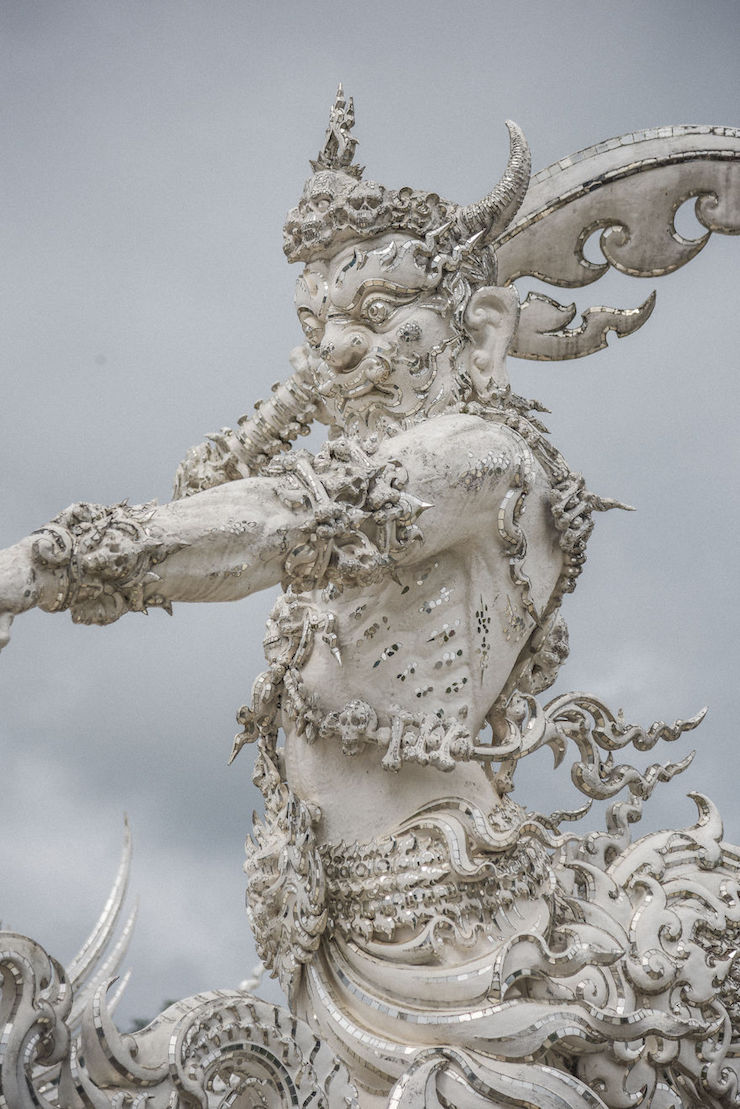 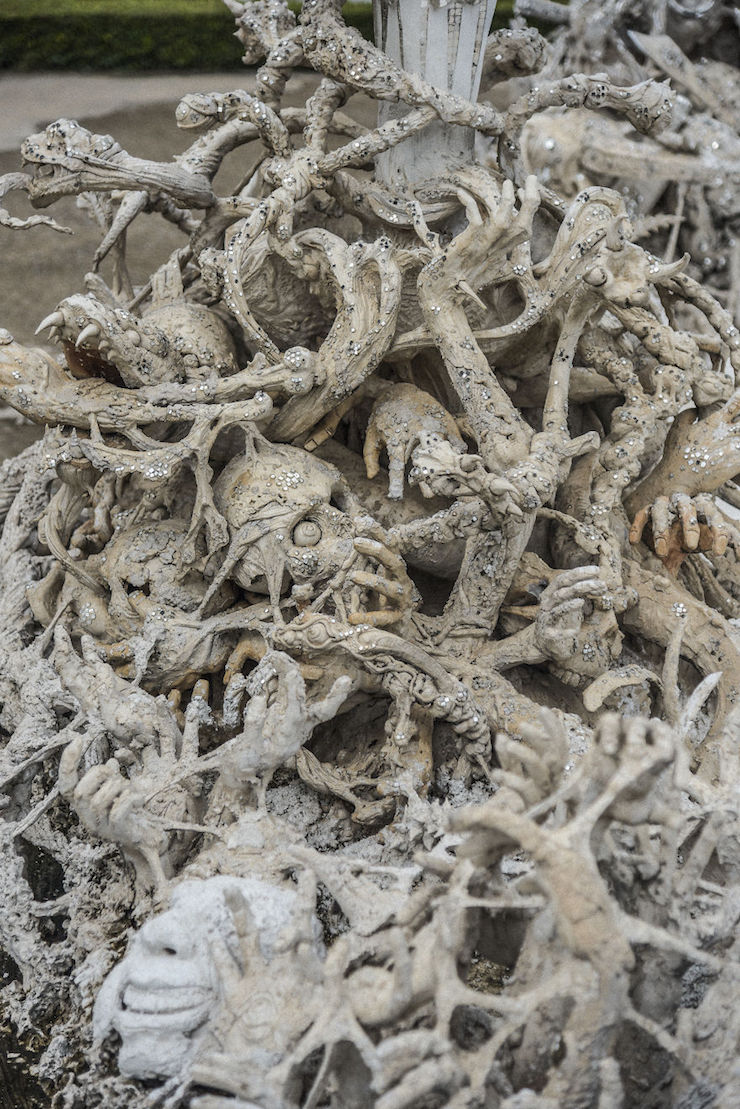 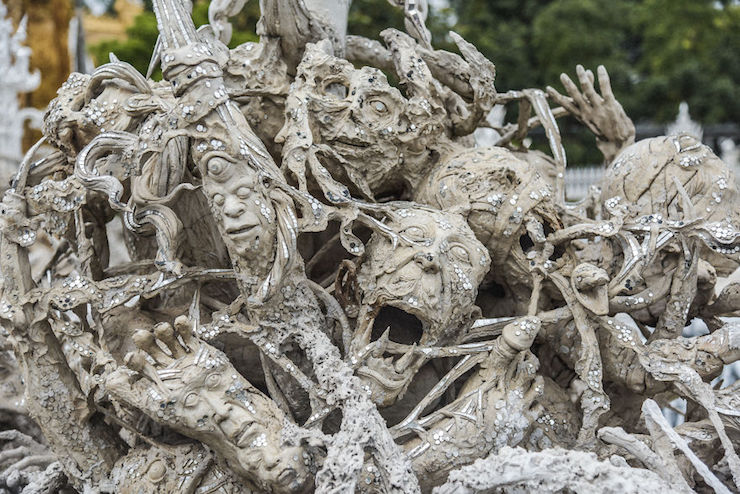 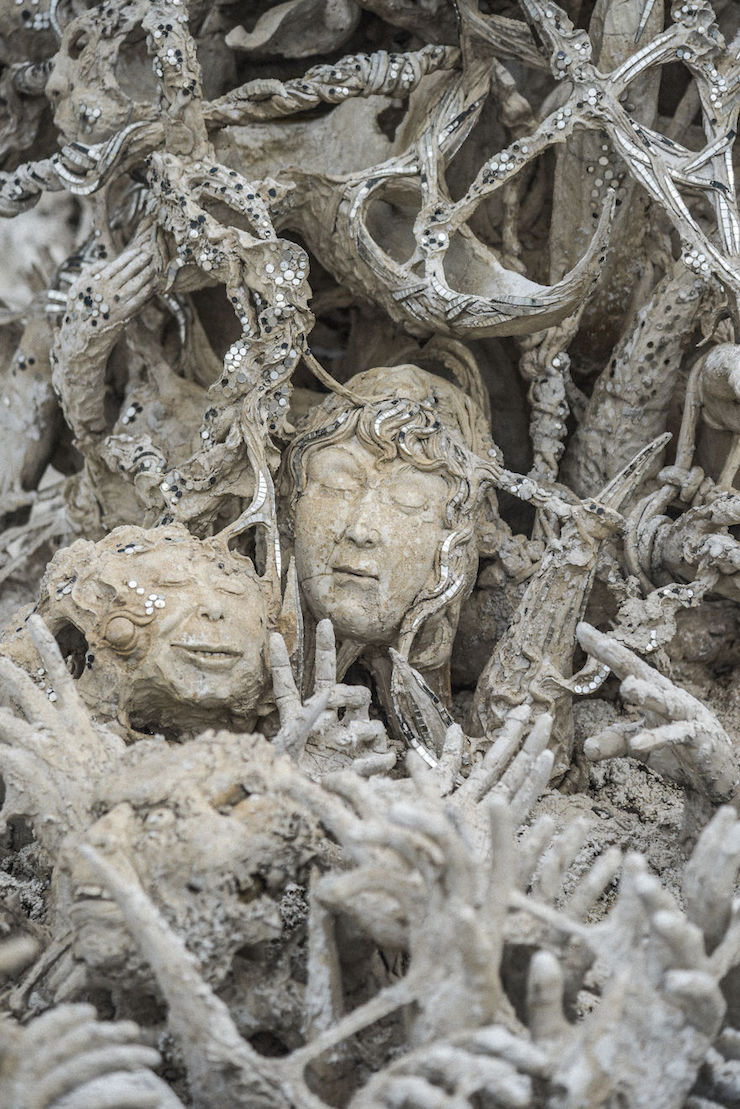 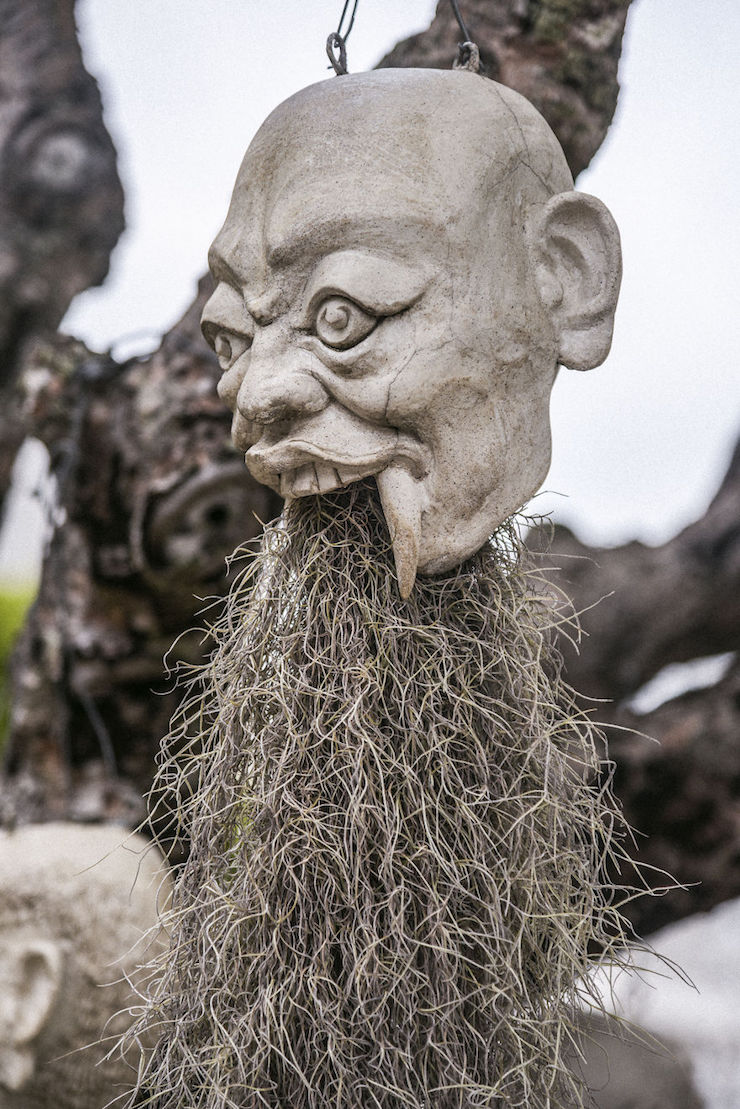 This illustrator represents the evolution of famous characters over the years