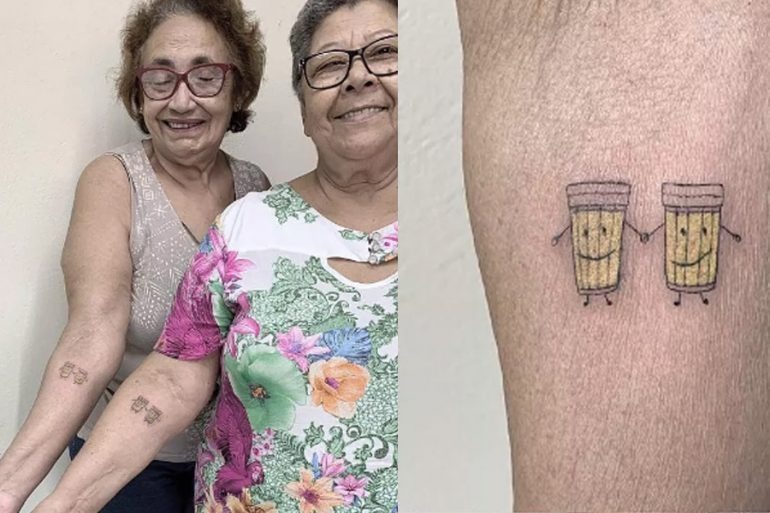 Friends 30 years ago, Ilda, 70, and Therezinha, 66, decided to immortalize friendship with a tattoo.

According to Thiago de Oliveira, owner of the studio, the two tattooed the beer because the drink accompanied the two at various times of life.

“They tattooed beer that symbolizes fun and intimacy, as well as lots of talk at the bar,” she said.

“KEEPING A FEW REALLY GOOD FRIENDS CAN MAKE A GREAT DIFFERENCE FOR OUR HEALTH AND WELL-BEING,” SAYS THE EXPERTS.

A Harvard study reported how people who do not have strong friends tend to be more depressed, have a cognitive decline in later life and are more likely to die at a younger age.

A 2012 study found that the risk of dementia increased depending on how lonely people felt.

In addition, psychologist William Chopik of Michigan State University found that in older adults, friendships are a great encouragement to the health and happiness of relationships with family members.

Chopik also pointed out that friendships can be more influential on our happiness and health than other relationships, so it’s worth taking the time to make plans to be alone with your friends.

Crossover of ‘Spider-Man’ and ‘Venom’ could happen soon

5 Things you should know before giving your first kiss

Signs that you found your soul mate at the wrong time