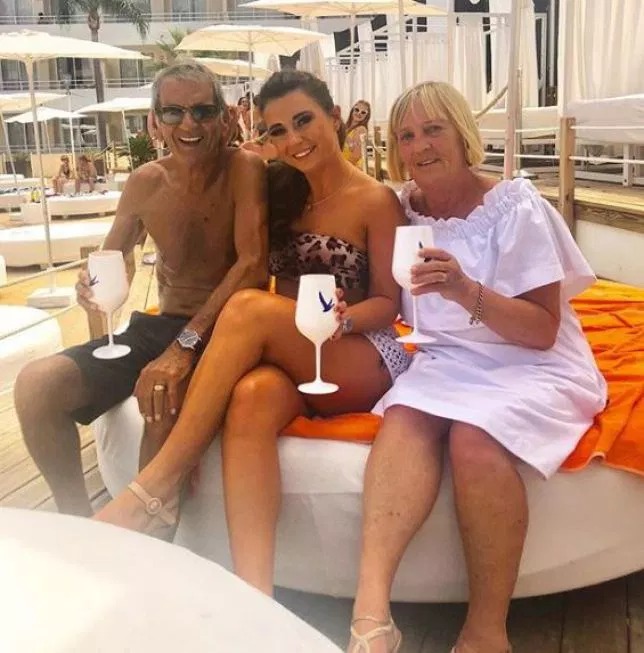 He knew that was going to happen though, he baked it right into his Instagram handle – @bruv_loveislandlegend.

Dani Dyer has welcomed her granddad Bruv to Instagram and already he’s become a bit of a legend.

The Love Island winner introduced her three million followers to her granddad’s new account, which so far only has three pictures, and within a matter of hours he already had over 20,000 followers signed up to his account.

Dani shared a screen shot of his account to her Instagram telling followers: ‘Everyone get following my Bruv.’ And they duly obeyed, sending him from six followers to 11,000 in just two hours. Bruv is Danny Dyer’s dad, and became a bit of a legend when he appeared on Love Island in Danny’s stead along with his wife Christine to meet granddaughter Dani’s new boyfriend Jack Fincham. Already his account is epic, with one picture featuring Lionel Messi (or a cardboard cut out at least).

His bio reads: ‘Excuse me I got a text. ‘Bruv’ of Dani. Great bruv of Kiki.’ Dani previously explained why she doesn’t just simply call him granddad. ‘I call me grandad Bruv becasue I wanted a brother when I was little,’ she said. ‘It’s a confusing story but he’s me brother in a weird sense.’ No sign on Bruv’s Instagram just yet on whether he’s given Dani and Jack’s new pad the seal of approval.

The loved up couple revealed to their fans they have moved in together. Jack told Radio 1Xtra’s Charlie Sloth: ‘We’re moving out over next couple of weeks anyway, getting a nice little gaff near Canary Wharf way.’

Stormi went to the Hospital