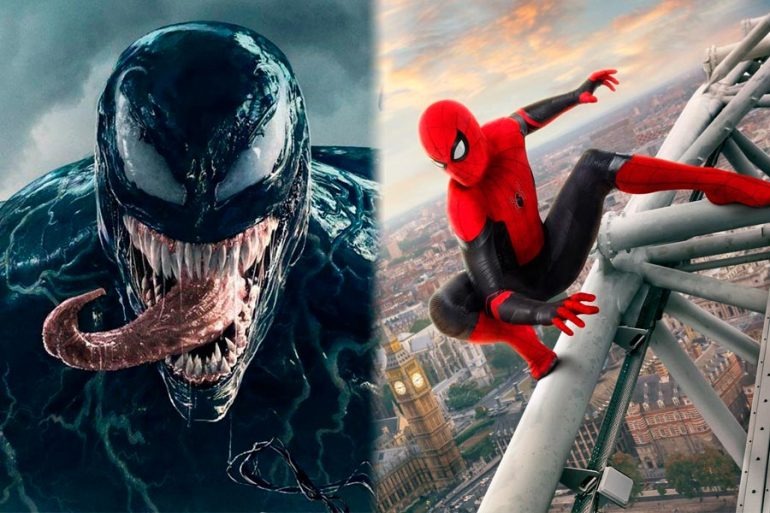 Given its origins in comics, Venom is often inseparable from the friendly neighbor Spider-Man. However, in the cinema, the situation is more complicated. The rights of the arachnid hero and all the associated characters belong to Sony Pictures, a studio that has launched the anti-hero franchise separately. Meanwhile, Tom Holland’s Peter Parker is part of Disney’s Marvel Cinematic Universe (MCU), by an agreement between the two studios. However, a crossover of Spider-Man and Venomcould be in the cards.

At least both parties are ready. In an interview with CinemaBlend, the president of Marvel Studios (of Disney), Kevin Feige, said that:

“It probably depends on Sony. They have both characters, and Venom in their world. I do not know what his plans are for another Venommovie or if they will do that. But it could happen at some point. “

On the part of Marvel Studios, the position is that the ball is in the field of Sony with respect to a crossover of Spider-Man and Venom. So, what do they say in the other study?

Amy Pascal, who produces for Sony via her production company, Pascal Pictures, seems optimistic. In a separate interview Fandango, clarifies that the success of the three franchises Spider-Man (the MCU, the animated Into the Spider-Verse, and the spin-off of Venom ) is that “each individual film is held By herself”. He added that:

“The key, from Venom to Tom Holland, Spider-Man and Spider-Verse, is that as tempting as it is to connect the dots, nothing works if individual movies do not work and have their own integrity.”

Questioned about an eventual crossover of Spider-Man and Venom, he replied: “everyone would love to see that. You never know, one day it could happen. “

Involving Holland’s Parker with Venom would also imply the opposite, that Venom would be part of the MCU. Regarding the current agreement between Marvel Studios and Sony, Pascal’s response was: “I can say that we had a fantastic relationship, you never know what can happen. We have many stories to tell about Spider-Man, in every facet. “

“We have big plans for Tom Holland to be part of everything,” he added.

Within fiction, the crossover of Spider-Man and Venom has some logistical complications, since the latter exists in a separate universe. But if Far from Home really dealt with an interconnected multiverse, that could be the answer.

Dresses that you can use to go to work, yes or yes