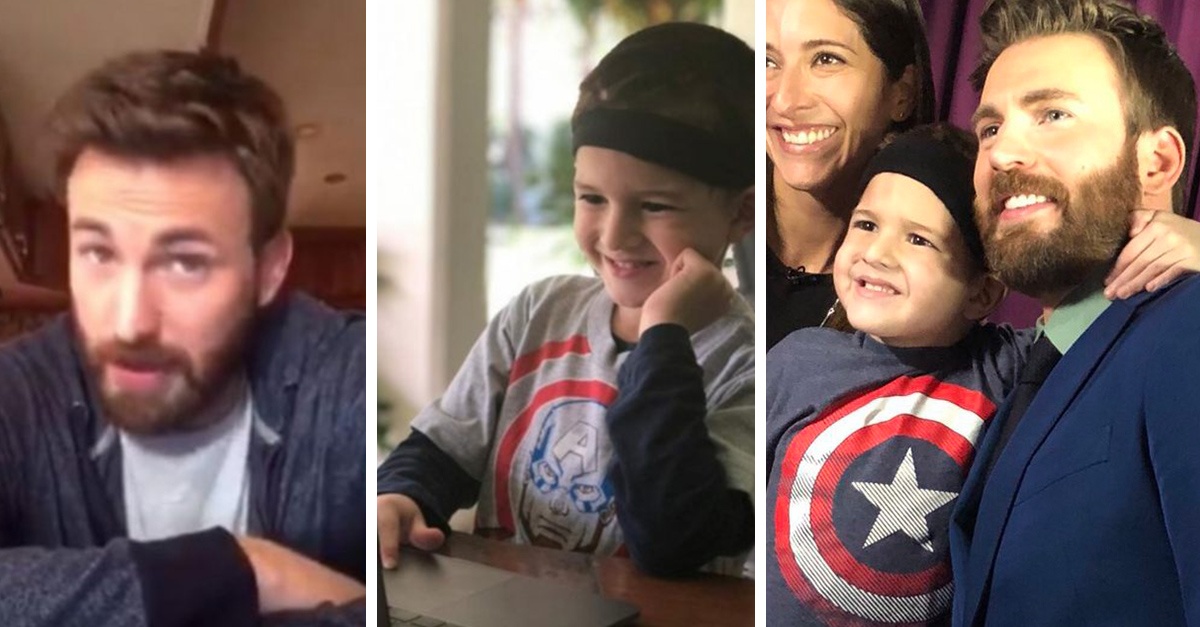 On many occasions, Chris Evans has proved to be a hero not only on the big screen but also outside of it, and this time he fulfilled the dream of a little boy who just wanted to be part of the Avengers.

Felipe Andres Muyshondt, better known as Pipe, lives in El Salvador, is five years old and is already fighting his biggest battle: against cancer. Luckily he does not do it alone and both his family and the Avengers are there to help him.

Captain America to the rescue

A Pipe was diagnosed with a brain tumor in 2015, and despite having undergone several surgeries, he is still in treatment as doctors discovered a new tumor.

When Captain America learned about Pipe’s fight, he dedicated an emotional video to him, letting him know that his courage made him a superhero.

When his parents showed him the video to Pipe, without hesitation he joined the fight to help them defeat Thanos and, excitedly, he asked them: “what day?”.

When Chris Evans’ video and Pipe’s response went viral, people from the TV show A New Dayspoke with Disney to make the boy’s dream come true and take him to the premiere of Avengers: Endgame in the City of Los Angeles.

Thanks to Chris Evans, to your support and, above all, to the ‘A New Day’ team, Pipe was able to meet with other superheroes at the World Premiere of Endgame today. Pipe was happy and his smile shone as always!

He met his favorite characters

Although Captain America is his favorite Marvel character, he took the opportunity to greet Thor and Hulk and let them know that, from now on, he will fight at his side for the good of humanity.

His parents are grateful to all the people who helped Felipe to spend an unforgettable night, especially because they gave him the necessary strength to face the upcoming surgeries.

The love in the family, the innocence of children, the support of the community and many people wanting to do good, can achieve huge things.