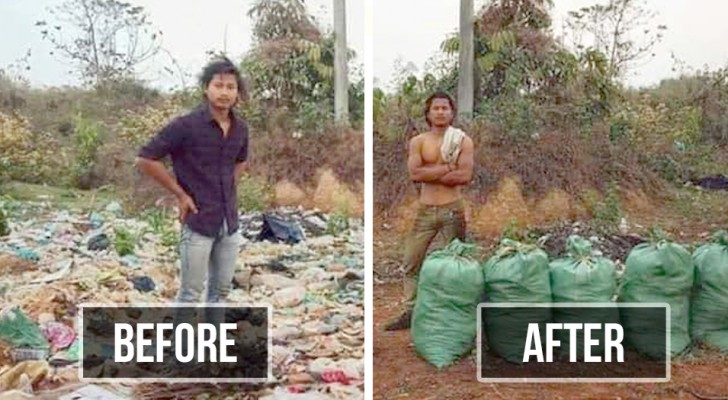 After the Ice Bucket Challenge, the challenge of raising public awareness of Amyotrophic Lateral Sclerosis by pouring a bucket of ice water, here is a new challenge on the web, this time to raise awareness on an equally important topic, that of environmental pollution. This is called the  Trash Tag Challenge and it gets people moving to clean up garbage places by posting before and after photos on social networks.

The Trash Tag Challenge was born a bit by chance when a user posted the photo of one of his friends who had taken the challenge on social networks. Under the hashtag #trashtag, users are invited to take a double photo: the first must represent an area that before needed urgent waste collection, and the second must represent the same area free of all types of waste.

Here are the most beautiful pictures before and after the users who participated in the Trash Tag Challenge!

Which of the 16 photographs before and after struck you the most? Do you think such challenges are really effective in reducing the amount of waste that threatens our natural habitat?

What is the right direction of the toilet paper? The inventor himself tells us!

Here are the six most common sexual fantasies