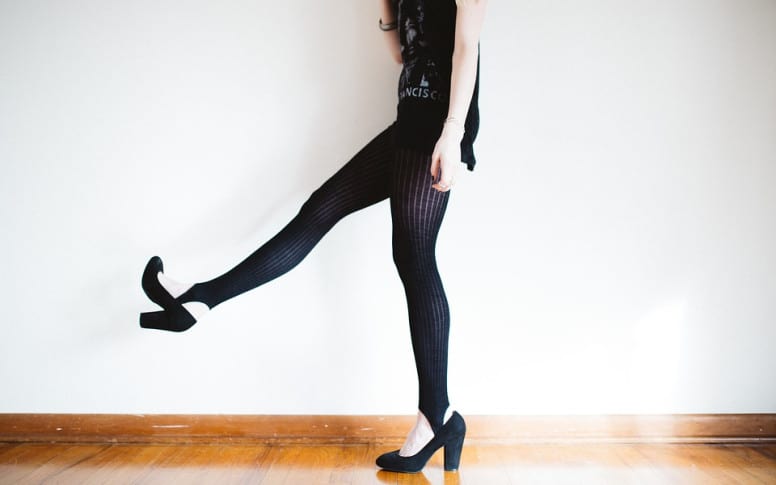 According to her, she is only “a Catholic mother who tries to educate her four sons” with respect to women, which is impossible as long as the girls wear this garment that exposes them

Nobody can deny at this point that leggings have become one of the star garments of every closet that boasts. The meshes of all life have become a must for anyone, and there are available in all kinds of fabrics, colors sizes. Regardless of the occasion, the moment or with what kind of clothes you accompany them. Now, you have to know how to take them or combine them, because they will be as practical and functional as you want, but a false step and you can fall into a stylistic disaster almost without realizing it.

Moreover, there are many people who are totally against leggings. People who see them and get sick, especially when they see other people falling into those mistakes that make the leggings something totally ridiculous (see, wear leggings of color ‘nude’ or flesh as if they were pants, that regardless of the color, very few people look good). Maryann White, an American mother, has become the protagonist of a controversy that has as its protagonist the garment, the leggings. The woman, confesses devout Catholic, decided to make public what she thought of the leggings through a curious letter written to the university newspaper The Observer, which makes it quite clear that, for her, it is difficult to educate her four sons in respect for women while women continue to wear this garment.

“I’m just a Catholic mother with a problem that only girls can solve: the leggings,” the woman begins, criticizing that the tight-fitting garment has reached such “sacred” places as churches, “Truly, right in front There was a group of young girls, all of them wearing tight leggings and T-shirts. Seriously, many of them seemed to have leggings painted on them, “he confesses, admitting that he felt shame for the girls,” In a world in which women continue to be shown as “dolls” in movies, video games, music, videos and so on, it makes it very difficult for Catholic mothers to teach their children that women are the daughters and sisters of someone. Women should be seen as people, and people should be considered with respect. ”

The woman goes on to say that she does not understand how “nobody thinks it’s strange that the fashion world has caused women to expose their parts voluntarily” with this garment.

“I hear women say they like leggings because they are ‘comfortable’, but pajamas and going nude are, too, and we do not go around naked because we respect and respect the people who should see us. They are not only my children, but they are also the parents and brothers of our friends, they are the male students of the classes, and the men who pass by there. Every Catholic mother would like to find a blanket and cover your nudity to protect you, but also look for handkerchiefs to cover the eyes of your children to protect them from you, “he adds, but not before making a request to all the women reading the letter:

” The leggings are nudity, they mark the forms and expose the body, so could you think of the mothers of those children the next time you go shopping and consider wearing jeans instead? You have every right to wear leggings, but you also have the right to choose not to wear them. ”

The letter has no waste, and has aroused the outrage of many users on social networks, who have not hesitated to “demonstrate” against the words of this woman showing images on their profiles leading the controversial pledge as a “protest” under the hashtag #LeggingsDayND to claim their right to dress as they wish and as a criticism that women make, once again, victims to women, criticizing that they can be sexually assaulted because of how they dress , instead of thinking about of the kind of education given to men.

We will not know if this good woman will be too successful in her request, but if we have to be guided by the number of people who are against us right now who ask her to respect her right to dress as they please, it seems that they will be missing handkerchiefs with which to cover the eyes of their children.