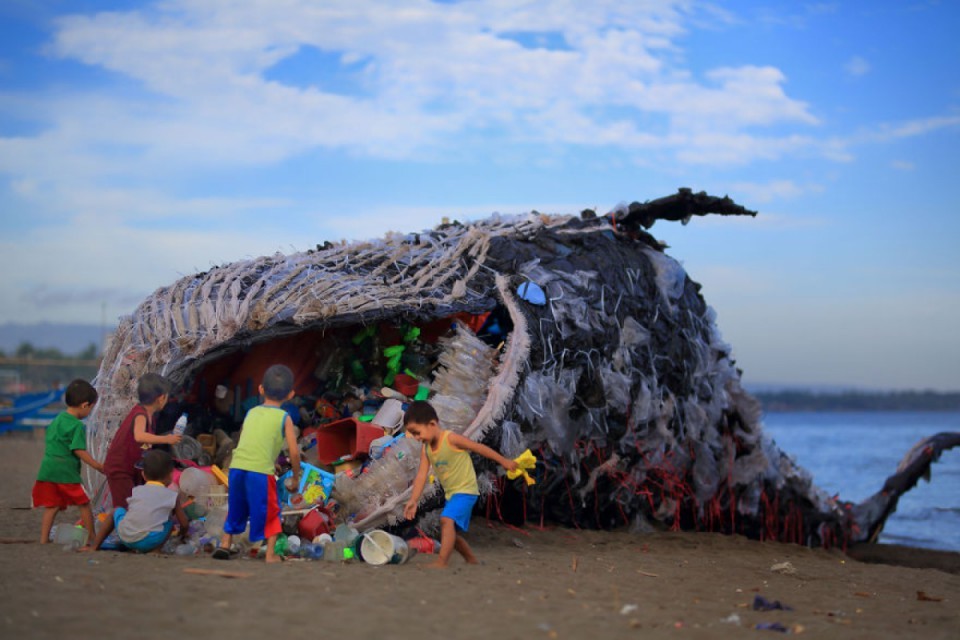 The inhabitants of the city of Naic, in the Philippine province of Cavite, recently had the enormous surprise of finding the carcass of a false whale, washed up on their beach.

This fake whale is the result of a collaboration between  Greenpeace and the agency Dentsu Jayme Syfu which aims mainly to fight against pollution of the oceans by plastic waste. Indeed, the fake mammal found on the beach consists mainly of plastic waste (bags, packaging, boxes, etc.). With its imposing 22 meters long, the installation was inspired by the thirty whales that were found stranded in Europe last year.

All the plastic objects that make up this installation have been found in the ocean. The installation was unveiled on May 11th and it was not a mere coincidence. It turns out that May is the “month of the oceans” and that the Philippines is currently presiding over the last ASEAN summit. An opportunity that Greenpeace would have missed for nothing in the world.

The appearance of this whale is accompanied by a petition to call upon the ASEAN countries to take concrete action to combat the pollution of the oceans.

The size of penises in the world: ranking by country