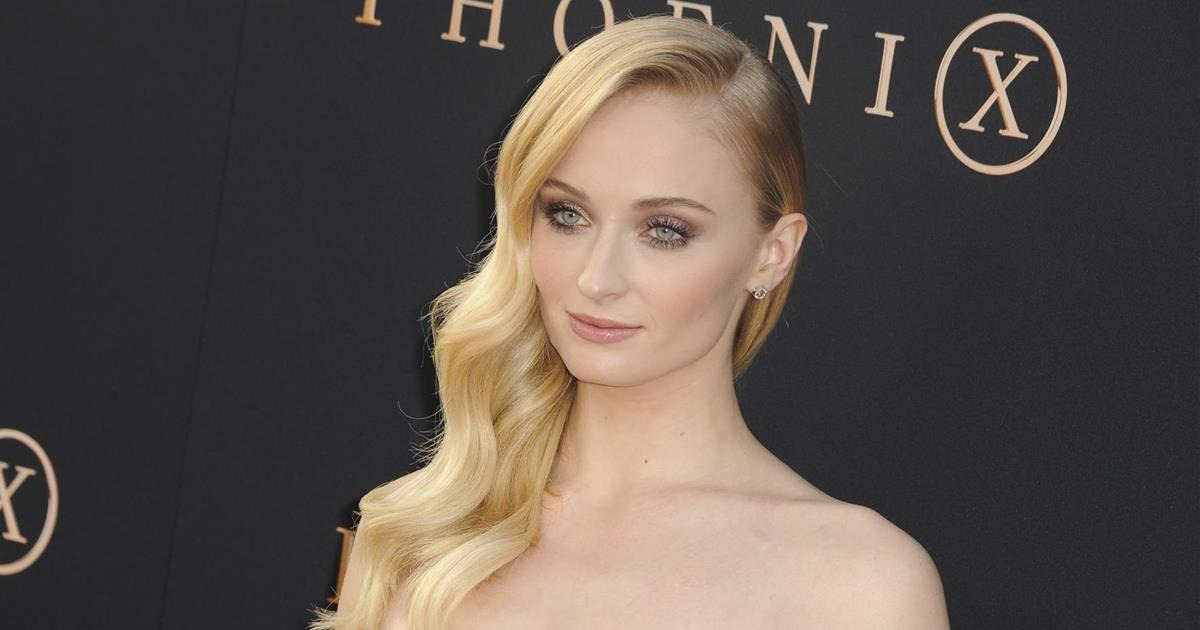 Today is the highly anticipated ‘X-Men: Dark Phoenix’, starring Sophie Turner. A woman who has won the love of half the planet, and not only thanks to ‘Game of Thrones’.

She is 23 years old and has an overwhelming personality. It gives off sympathy and promises to take us much further in two projects that the future holds.

The British girl, who was always interested in the theater and the world of acting, acceded to the role of Sansa Stark, who owes so much in the words of the same actress, with only 13 years old. And the color of her blonde hair was changed by the red that has accompanied her during the 10 years that have meant the development of the series and that ended up damaging her hair to the point of having to use wigs for filming.

Her presence on social networks is pure entertainment. She is committed, cheerful, affectionate and very close to her friends. We leave you the reasons why we adore her to death.

1/7 TO BRING BEYOND THE CHARACTER OF SANSAWhen the actress showed up for the audition for Sansa’s character from the promising HBO series Game of Thrones, she was 13 years old. She appeared pushed by her theater teacher. So once he studied the character in the books, he decided to make her blond hair disappear and give way to the redhead we used to get used to during these last 10 years. Once selected, the actress gave the role of Sansa, season after season, the necessary packaging to support an arch of the transformation of the most beautiful of the series.

2/7 FOR BEING SO NATURAL, FUN AND COMPROMISED

She has become one of the most entertaining and natural actresses. A naturalness that gives us phrases, sometimes, a little out of place and even unfortunate. Like when she confessed that in the shootings that coincided with Maisie, they liked to lock themselves together and smoke maria. Or when he said that he has the ability to sleep anywhere and that when she works, she is more sleepy than ever. We also saw her enjoying herself with the brothers Jonas and their respective partners in the video that meant the return of the group, Sucker. With their ‘sister’ Maisie, they have starred in many photos and videos where they are seen more than fun. On the other hand, like other celebrities, has decided not to work in the US states in which women’s rights are denied.

3/7 FOR HER FRIENDSHIP WITH MAISIE

When Sophie found Maisie, they were both little girls -Maisei, a year younger- and they say, there was a crush. The two have gone from childhood to maturity, adolescence through, very united, facing a world that can be devastating when you are so young.

This brotherhood between the two has led them to be a unique entity for their authentic fans. In fact, Maisie has proclaimed a maid of honor for Sophie’s engagement with Joe. But that’s another story we came to shortly …

4/7 FOR HER NOVIAZGO WITH JOE JONAS

Joe and Sophie met in 2016 and only a year later, they decided to commit. The couple has been allowed to see, to the delight of their followers, delighted one another by all the places and the different networks.

Obviously, they have become one of the favorite couples in the media and everything they do has a great media impact. They are one of the most beloved celebrity couples. And those who love most. Because of that, she does nothing, they decided to marry a simple and secret ceremony.

5/7 BY PROCLAIMING ITS BISEXUALITY OPENLY

The actress, not long ago, in an interview for Rolling Stone magazine, openly confessed that on her way to love, she had tried different people regardless of gender. Ensuring that “I fall in love with souls, not a specific gender”.

6/7 FOR ITS DISCREET AND SECRET WEDDING IN LAS VEGAS

It was right after the Billboard awards. An unexpected wedding, surprise. They went with a few friends (among whom were Joe’s brothers) to a small chapel in La Vegas and got married in front of an Elvis impersonator. There is little that can be found except the video that Diplo published on her Instagram, and that did not please the protagonists too much. As a detail, the ring that was delivered was not the typical alliance, but with a caramel boulder.

It was so unexpected and surprising that her friend Maisie missed it, having been proclaimed maid of honor well in advance.

Sophie became part of the X-Men saga in January 2015 by getting into the skin of Jean Gray. What I did not know at that time is that I would end up being the main character in one of the films of the saga, with the transformation of her character in Dark Phoenix.

Phoenix is one of Marvel’s most charismatic characters. It is the most powerful entity that takes the body of Gray and that is very difficult to control. It opens today in theaters and paints like an authentic jewel of the saga.

But Sophie, with such a young age, has been able to interject projects in addition to the recording of Game of Thrones. We leave you another pair of tapes where you can enjoy it.

It is a film that co-stars with Dylan McDermott. She plays a high school student in a town in Florida where she meets Hank, a lonely man with a pretty boring life with whom she will maintain a relationship that will raise suspicions among neighbors.

It’s a movie by Isabel Coixet that Sophia is prognosticating. A student with a normal life begins to feel that someone is following her. The matter begins to take on dark tones when she thinks she feels that the person who follows her is her double.

These two examples are just a sample of what you have already done, but much remains to come. Sophie promises to fight for a long time.

Smoothing your hair with keratin: pros and cons