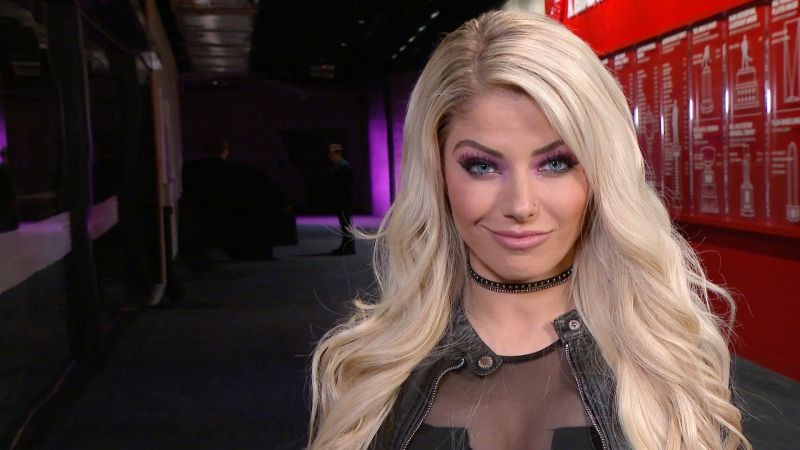 Alexa Bliss will host WrestleMania this year. This is the only show that people are desperate to host, and this year, this chance is not getting Kim Kardashian, nor Rock, nor New Day, but this year Little Miss Bliss will be hosts this show.

Many of us were neither expecting this nor did anyone have thought that Alexa would host the show, but the company chose everyone else and chose them this year’s host. In this article we tell you about the 5 reasons Ellexa Bliss has helped to become the host of this show.

# 5 They are not part of any story

Even when Alexa Bliss was part of SmackDown, and after that she made a great deal of recognition from her work in the company, and as soon as Ronda Rause came in and Alexa got hurt, she was separated from the story, the reason for that They could not match in Evolution and they are not working in the ring. This time her fight is not with anyone, and this was the first show of ‘A Moment of Bliss’, which did not interfere on behalf of any wrestler, due to which we got the best news. These are the only wrestlers who can make any story good, and if Ronda Rouse actually walks away from the company after WrestleMania, Alexa Bliss will replace them.

Unless they get a good story, they will do a good work in this role too, and they all know us.

# 4 She has not been completely Fit

Alexa Bliss has made her a special place in the company and in fans. As we mentioned in the previous slide, they are quite good performers but they are out due to injury and on one side where many racers have come back in the ring but they are not doing it because they probably still have not fully fit. We all want to see them in the ring but when they will be they can not tell anyone. They can do any good show and seam with their talent, now look at the segments with EC3 and the Finn Baller.

If you remember the promo given by her in winning the title in the Elimination Chamber, then you know that she entertained Fans with fake tears. Hardly anybody will have the talent like her, and as we said earlier, if she wants, then she can make any tale and the talk related to him a bang. Now you see their past promos that she did against Mikey James and even during that time she was part of the NXT. She not only entertained the fans by her work but also gave him a powerful story. Now, as a wrestler, this skill is not in everyone, and the company will try to use it knowing it.

The best use of this skill can be in WrestleMania.

# 1 WWE has not given good response to Mainstream Superstars

Many celebrities have come, but they can not bring fun at WrestleMania which can bring a wrestler. Because of this, it is necessary that the company hosts a host that not only can but if things are getting worse then they can do better.