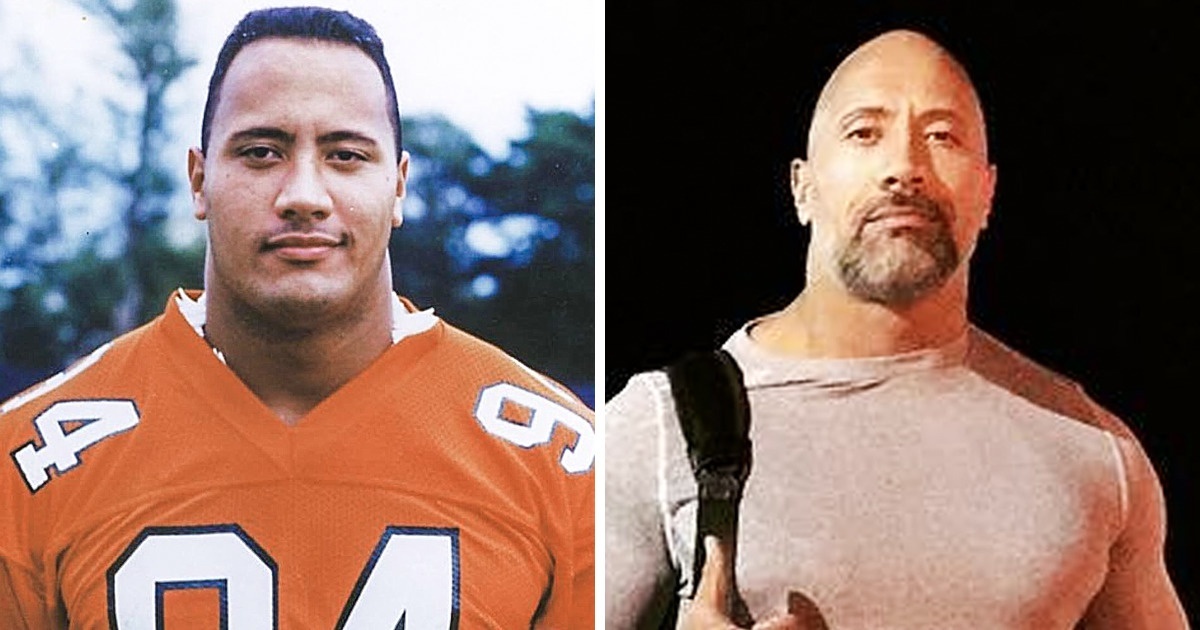 Among the actors we see on the screen, not everyone has made their debut as actors. Many of them got involved and sometimes shone in other activities before that. This is the case of several athletes who decided to go a little further and started their brilliant career as actresses or actors.

Today TheWebFry will give you more details about athletes who are now actors of cinema.

His real name is Vincent Peter Jones. Before becoming a movie star, he spent some time on the English football fields. He wore the jersey of Wimbledon FC and finished his career in Chelsea, where he was captain of the Welsh national football team. But in the world of football, he is remembered as a violent midfielder known for his record of 12 evictions. In 1998, shortly before his retirement, he tried his luck at the  cinema , making his debut in ” Lock, Stock and Two Smoking Barrels “. Today, 53 years away from the ball, Jones has participated in more than 25 films.

Born in 1921, her full name is Esther Jane William. She made her film debut at the age of 21, but before that, she had been a great swimmer. She was the national champion and record holder of the United States, and her participation in the 1940 Olympics was hindered by the beginning of the Second World War the year before. Williams was a star in Hollywood in the 1940s and 1950s, shining in films like School of Sirens. She died in 2013. In the world of cinema, she is known as “The Hollywood Mermaid”. During her film career, she has participated in more than thirty films.

This  Argentine boxer (1942-1995) managed to be world champion of the middleweights and to defend it successfully 14 times. In 1974, he  made his film debut in the film The Mary (directed by Daniel Tinayre) with Susana Giménez who was his partner for a few years. He left boxing after his last fight against Rodrigo Valdez. His personal best was 87 wins and 3 losses. The director Leonardo Favio made him participate in  Soñar, soñar . Monzón played in 2 other Italian productions. He died in a car accident while returning to prison after a leave of absence, as he was under arrest for the murder of Alicia Muñiz, his last companion.

We all know Jason for his participation in different films, which few know is that this actor born in 1967 in England, was a member of  the British national diving team. For twelve years, he has been present in national competitions, reaching an important place in the ranking of divers. He made his film debut in “Lock, Stock and Two Smoking Barrels”, and two years later, he played in Snatch: Pigs and Diamonds (directed by Guy Ritchie, a former companion of Madonna). He worked on both films with his friend Vinnie Jones. Since then, Jason Statham has more than 40 films to his credit, all in very good position in the box office.

Wheels up. 🤙🏾 Dreams ain’t just for dreamers. Another solid work week in Vancouver for #SkyscraperMovie and now off to Vegas for #TheOlympia. Can’t wait to see the crowd, feel their energy and personally crown the 2017 Mr. Olympia. @sevenbucksds @sevenbucksprod #OlympiaTakeover #HardestWorkersInTheRoom

The man with the big smile and the carved body like no one, was born in the United States in 1972. His sporting career was to be an NFL player (American football) but he finally shined as a professional wrestler (discipline where his grandfather and his father had already been illustrated). Under the pseudonym The Rock, he is unbeatable in the ring and twice won the WWE Intercontinental Championship title. Dwayne began his film career in Star Trek: Voyager (1999). Today, Johnson is one of the highest paid actors in the profession and has shot 42 films, some of which have not yet been released.

Found this gem 💎 Check out 22yrs old and 280lbs of Smirky Beefy McBeef here posing for our Miami Hurricanes media day. Fun fact: in college, my goal was to eventually work for the CIA. Until my criminal justice professor and advisor (Dr. Paul Cromwell) convinced me that the best operative I could become for the agency is one that also had a law degree. I thought that’s a great idea until I realized no respectable law school would ever let me in with my pile of steaming shit grades. End of story. #ByeByeCIA #HelloHollywood #AndBadAssFannyPacks

Ronda, born in Riverside in 1987, was one of the most famous faces  of the UFC octagon wrestling . She is also the first woman to win an Olympic (US) bronze medal for the United States at the 2008 Olympics. After spending some time fighting, Rousey tries her luck at the movies. She started in The Expendables 3  and a year later she still demonstrates her talent as an actress in Fast and Furious 7 . She now has 5 films under her belt and Hollywood seems to be fine for her.

Football fans know that Cantona was one of the best players in the English league. His stint at  Manchester United brought him to the highest international level. Born in France in 1966 and with an irascible character that was the cause of more than one scandal in the field, Eric Cantona has always been determined to be part of the world of cinema. He also participated in the film  Happiness is in the meadow (where he plays with his brother Joel). In addition to being an actor, Eric has also distinguished himself as a film producer, including one of them where he  plays himself , called Looking for Eric (2009).

Let’s terminate hate. 100% of the proceeds from this shirt will go to the @simonwiesenthalcenter to fight hate and spread tolerance. Link in my bio!

Arnold became famous as an action movie actor, but few know he was actually born in Austria before becoming an American citizen (he was even governor of California). His stint in the world of sport began very young, practicing  American football, boxing and athletics. But Schwarzenegger enjoyed fame in  bodybuilding , a specialty in which he won 13 competitions (single record), then in 1968 he was elected Mr Universe. The cinema gave him his first place in 1969 in the movie Hercules in New York , but it’s really with two movies shot in 1984, Conan the barbarian and  Terminator, that he achieved fame .

In fact, we all know him as Apollo Creed, for his famous fight with Rocky Balboa, but his real name is Carl Weathers. His sports career is linked to  American football , both in the American League and in Canada. In 1974, he retired from the sport and a year later, his name began to resonate in the world of cinema with films like Kung Fu  and  Friday Foster . He then became famous in 1976 with his  participation in Rocky (he also plays in other chapters of this saga).

too classy for you!!! hahah just kidding guys, you are all fabulous, just not as fabulous as me!!! #me#selfiesunday#swag#class#instagood#dontmesswithme#illkillyou#jkjk#imnotthatkindofpersonanymore 🙂

We all know him as OJ, but his original name is Orenthal James Simpson (1947). Beyond his problems with justice, his sporting life has had great success: he distinguished himself as a  football player , he entered the Hall of Fame in 1985. He then participates as an actor in the TV mini-series Roots. He then made some appearances in dramatic films, but it is with the  comedy The Naked Gun(with Leslie Nielssen) that he really knew the success. In 1979, he founded his own film production company, Orenthal Productions.

Another of the actors whose beginnings were made in  American football. Born in 1968 in Michigan, he played in the first division and played in 32 games of the prestigious NFL. Crews is also a caricaturist and  illustrator . He recently directed the cover of  Ad Age magazine . His career as an actor was not only in the cinema, but also on the small screen. On television, he was successful with the  comedy Everybody Hates Chris (2004/2009) and in cinema, he participated in almost a hundred films, one of his last appearances was in Deadpool 2 .

Another athlete with a difficult character. Supermac, as it was known at the time, was one of the great tennis players on the professional circuit. Born in Germany (1959), he grew up in Queens, New York. In tennis, he won 7 Grand Slam tournaments and remained world number one between 1979/80 and 84, his duels with the Swedish Borg were unforgettable. Once retired, John tried himself as an actor, participated in  You Do not Mess with the Zohan and the television series Rockefeller Plaza (in a few episodes) and in the movie Executive Aggressive (2003).

The NBA star Shaq, born in 1972, shined as the center of Orlando Magic (his starting team) and then played in other franchises of the  American Basketball League . With the Lakers, he obtained titles in 2000, 2001, 2002 and received each time the recognition of the Most Valuable Player (MVP). In 1993, he entered the world of comedy with the movie CB4 . He continued in film studios and participated in other films like Kazaam and a year later he starred in Steel, a steel man . Criticism is far from indulgent with him and he is nominated for the Razzie Awards for the worst interpretations.

Celebrating the 20 year anniversary of the greatest film ever made! #Kazaam

Today we know it all through the  series My Name Is Earl and a list of  movies including Vanilla Sky, Monster House: The House of Scares (voice) and Almost Famous. For the latter, he was nominated for the Best Actor Award by the Actors’ Union. But Jason’s life has another side that is not well known to many. He was a professional skateboarder, who reached a relevant fame in the 1980s, to the point of having his own brand of sportswear. According to connoisseurs, Lee had a talent rarely seen in  skateboarding , whose figures were difficult to imitate.

Happy 46th to @chrispastras! I’ve known Chris since the 80s and he remains my closest friend. An incredible skateboarder, artist and friend. Thank you for all you do! @stereoskateboards #stereosince92 #fuji3000b

Known in the world of basketball under the pseudonym The Air, Jordan has been six times champion of the NBA with the Chicago’s Bulls, he also tried his luck in baseball and did not hesitate to try on a set of cinema. He has toured Space Jam: The Game of the Century with other NBA stars, where he can be seen playing a  basketball player who interacts with cartoon characters. This Warner film was a resounding success, reaching $ 80 million in the United States alone. We hear rumors of a shoot of Space Jam 2 at this time, it will be necessary to see if Michael will accept the proposal.

Do you know another sportsman who decided to become an actor? Tell us in the comments section.

14 Moving stories of animal rescue during fires in California

Chris Evans is looking for a girlfriend! He wants to get married and have children